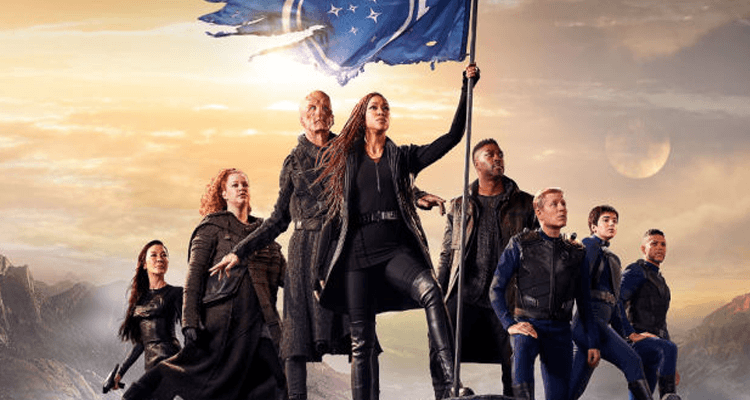 Star Trek: Discovery season 3 has entered the 32nd Century with a bang! The first two seasons of the show were hit and miss, but so far this season Discovery has found its space legs and is striding into the future. Sonequa Green, who plays Commander Michael Burnham, has led her starship Discovery and crew from the 23rd century through a wormhole to the 32nd century to escape “Control” a sentient computer program that was hell bent on destroying all life in the known galaxy. Think Skynet from Terminator on steroids! Now in the 32nd century, 900 plus years from everything they have known, the crew of Discovery discovers that the Federation and Starfleet they once knew is a shell of its former self. A catastrophe called the “Burn” has destroyed the majority of Starfleet vessels and the Federation has shrunk from 350 member worlds to 38 planets. Once valued allies have now become enemies. Burnham and the Discovery crew try to navigate in this galaxy while trying to figure out the mystery behind the “Burn”.

As a true fan of the entire Star Trek franchise, I thought Discovery was out of place in the 23rd Century, existing merely 10 years before the launch of Captain Kirk’s five year mission into the unknown. Discovery’s technology, uniforms and everything about it just did not fit in the established canon. Although they explained it away, by stating that Discovery was a state of the art unique science vessel, it just didn’t work. Putting Discovery into the 32nd century was a great move! It allows the writers to truly work on expanding the Star Trek Universe without being closed in by established canon! Definitely spend the cash on Star Trek: Discovery season 3!